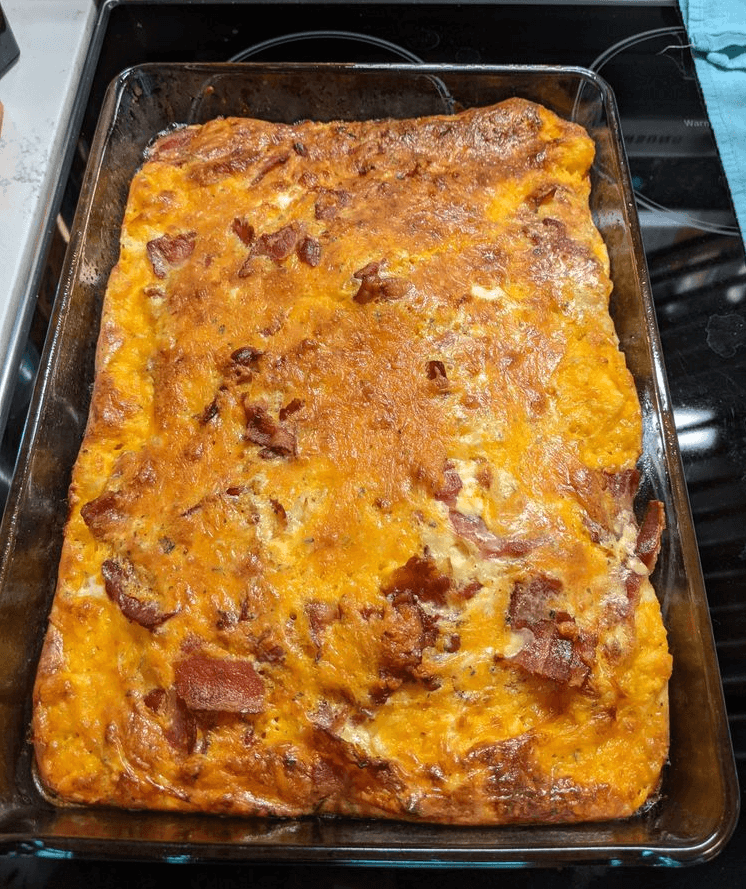 I live in Spain, so some of these ingredients were hard to find. I have slightly arranged this recipe by adding a mild Emmenthal for the American cheese,

French bread cubes (with crust) for the miracle bread and a tablespoon of Dijon mustard for the dry mustard. We did indeed have the stew for Christmas morning, and we really enjoyed it!

A simple recipe full of flavor. I brought it to a brunch and everyone complimented me. Even people who said they didn’t normally like egg casseroles.

I used strong cheddar because that’s all I had, cut the ham into cubes instead of dice and reduced the salt to 1/2 teaspoon. I gave it 4 stars instead of 5 because the bottom was really watery after cooking. I’ll do it again, but I’ll probably add one or two more eggs.

Preheat the oven to 450 degrees F.
Prepare Idahoan Steakhouse Cheese Hashbrowns according to package directions, replacing 1/2 cup milk with 1/2 cup buttermilk.
In a medium skillet, cook bacon and onion until bacon is crispy. Drain and set aside to cool slightly.
Stir in eggs, Swiss cheese and bacon and onion mixture.
Cook uncovered for 25 minutes.
Sprinkle potatoes with crunchy onion topping. Let stand for 5 minutes and serve.
Source: all recipes 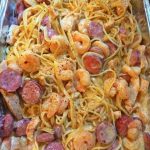 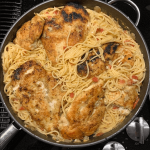