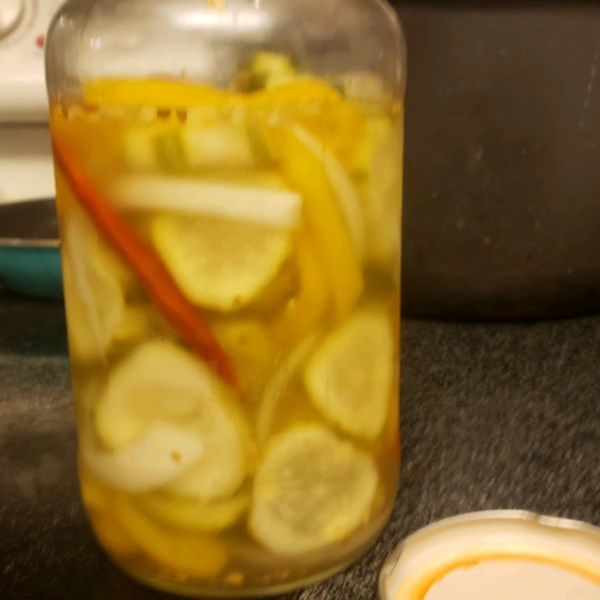 This is a simple recipe to make use of mini sweet peppers. I often add them to sandwiches, and they are always a hit when I make vegan cheese boards for parties (Miyoko’s vegan cheese for the win!). If you can’t get mini sweet peppers from a farmers’ market, I have seen mixed bags of them in the produce section of many conventional supermarkets.

Divide the peppers evenly between two clean ½-pint canning jars, leaving ½ inch of headspace at the top. Set aside.

In a small saucepan, combine the vinegars, sugar, salt, garlic, and ¼ cup water and heat over medium heat, stirring occasionally, until the liquid is hot to the touch and the sugar has completely dissolved, about 3 minutes. Remove the garlic with a fork and discard. Divide the liquid evenly between the jars. Set aside to cool for 30 minutes, seal the jars, then refrigerate for at least 1 day before serving. The pickled peppers should keep in the refrigerator for up to 1 month.

spicy stewed peppers
Inspired by peperonata, a traditional Italian stew made of onions and bell peppers, this is one of my go-to dishes during the summer. Plus, it’s a great recipe for using the surplus of bell peppers in our garden. While peperonata is often slow-stewed for over an hour, this is a quick and easy dish—once your ingredients are prepped, it takes just 15 minutes to cook. These peppers are perfect for cookouts, since they can be served at room temperature. Present them as a side dish or as a topping for crusty bread or crackers.

In a large skillet, warm the olive oil over medium heat until shimmering. Add the onion and cook until just starting to caramelize, about 10 minutes. Add the bell peppers and mini sweet peppers and cook until softened, about 5 minutes. Pour in ¼ cup water and add the salt. Simmer, partially covered, until the vegetables are meltingly tender, about 15 minutes. Remove from the heat and pour in the vinegar. Taste, season with salt and white pepper, and serve in a large bowl. 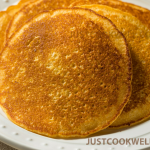 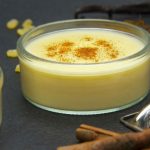