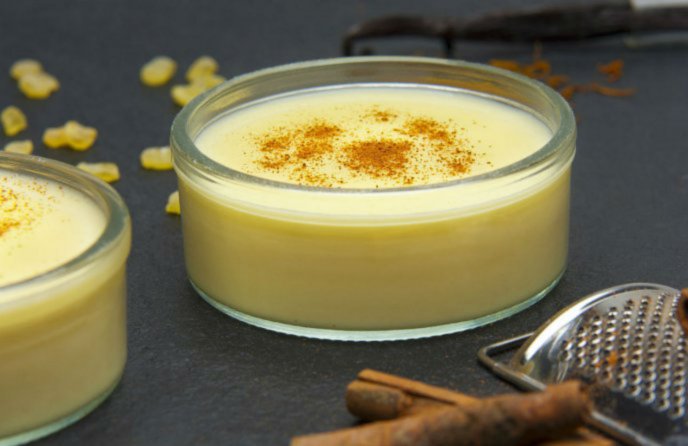 Impress your family with this creamy banana custard with few ingredients and without spending all day in the kitchen, it’s delicious!

Custard is a dessert I’ve loved since I was a kid. The best custard I’ve ever tasted is the one my great-grandmother Elena used to make. It had a creamy, light consistency with an intense vanilla flavor.

We have adopted this dessert in Mexico as a traditional dessert of our country since we can find it in restaurants, inns and in our grandmothers and great-grandmothers’ houses.
Today I share with you this simple recipe to prepare the perfect custard, banana flavor, it looks spectacular!

PLACE half a liter of milk, vanilla essence and cinnamon in a pot; cook over medium heat until boiling.
ADD bananas, egg, condensed milk, cornstarch and half liter of milk to blender glass; blend until well combined.
REMOVE cinnamon stick from milk and pour in banana mixture; cook over medium heat, stirring constantly, for 15 minutes.
ADD vegetable dye to taste; cook until mixture thickens.
SERVE this delicious banana custard in individual cups or glasses. Top each glass with a maria cookie and sprinkle with cinnamon to taste.
Although the exact origin of custard is unknown, it is believed to have been invented in the convents of Europe. The original custard was made with eggs, milk and sugar, which were very inexpensive and accessible to the nuns.

Later on, spices such as vanilla and cinnamon were added, which are still basic ingredients for the preparation of custard.
In this case, the recipe does not ask for the yolk to be divided from the white since, generally, custard is made using only the egg yolk which helps to thicken the mixture over the fire.
The cornstarch, also known as maize starch, does the job of thickening the mixture and keeping it with this texture. In case you don’t want to use condensed milk, you can substitute it with sugar or artificial sweetener. 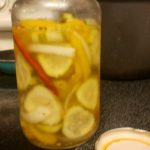 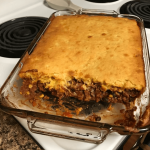