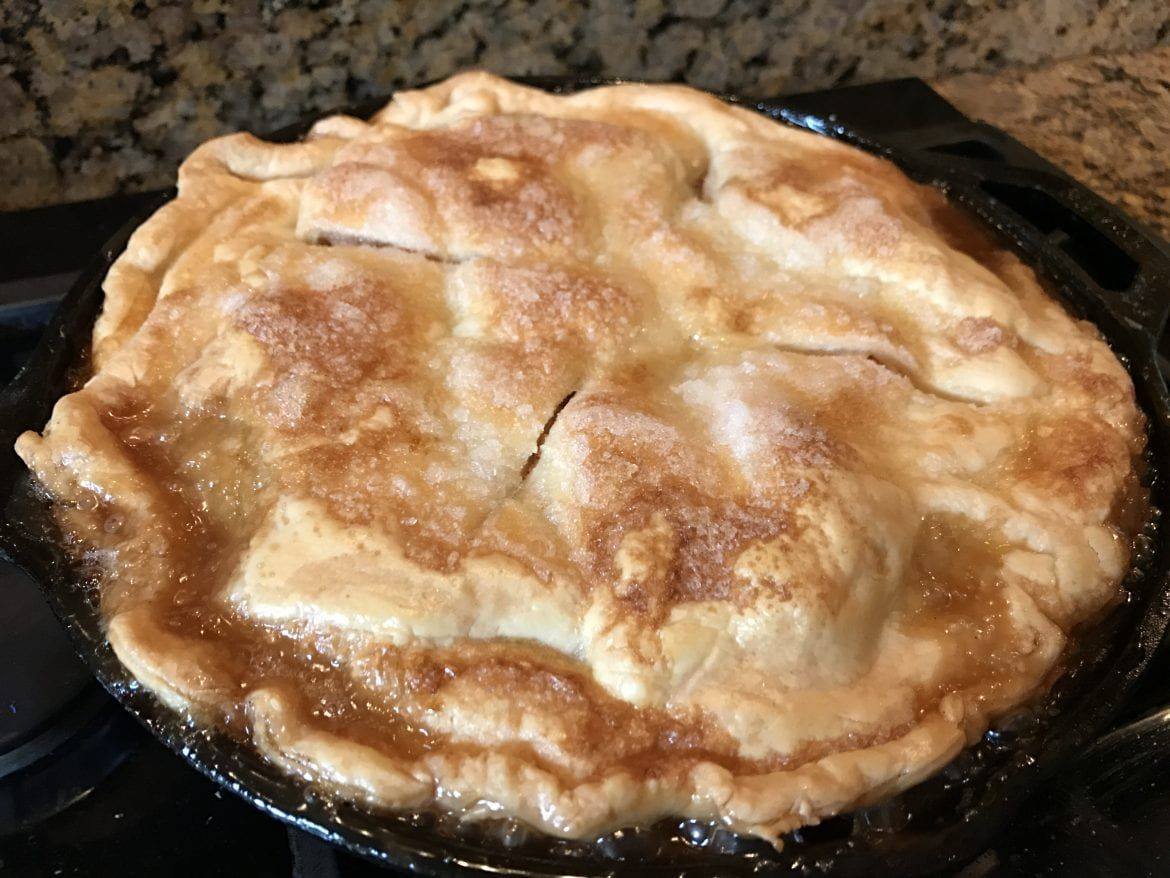 Put 1/2 cup butter into a heavy cast-iron skillet, and melt butter in the oven. Then remove skillet and sprinkle with brown sugar, return to oven to heat while you prepare the apples.

Remove skillet and put (1) refrigerated pie crust on top of the brown sugar. Add pie crust with half the sliced apples on top.

Add third crust on top; sprinkle the top crust with 1/4 cup sugar, and dot with a tbsp of butter. Slice 4 slits into the top crust for steam.

Bake until the apples are tender and the crust is golden brown in the preheated oven for about 45 minutes. Serve warm. 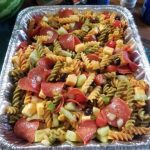 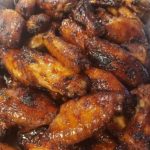