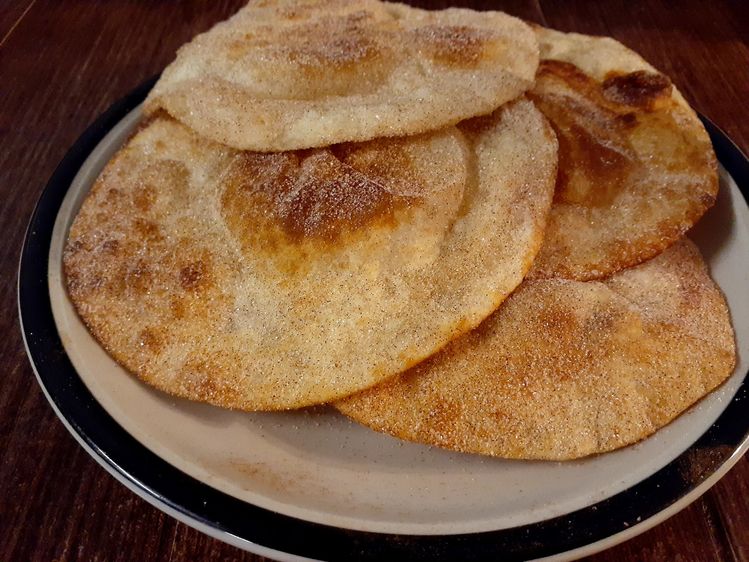 These are so good!! Anyone who says these aren’t like the fair has either went to a really weird fair or they messed up the recipe. I have made these several times and they always turn out perfect. And people PLEASE stop rating recipes you’ve never tried.

This was not quite like what you get at the fair. All morning I played around with the recipe after semi-success on the first batch. For the best batch I did the following differently. I added about 3 Tbsp. of water to the dough to keep it from being tough.

The oil was extremely too hot and so I lowered it to about 275 and cooked it for a little less than a minute per side(this was with the dough rolled to about 1/8 in thick). After frying it I brushed it with melted butter which enhanced the bread’s flavor and helped the sugar to stick. I also doubled the amount of sugar used for the toping.

This is it!!!! I grew up in Indiana and at the state fair we ALWAYS had an elephant ear. Only difference may have that they lightly brushed them with melted butter before dousing them with cinnamon sugar. But surprisingly they taste fine without it and the sugar adheres well. Plus it’s much better for us without the added butter.

These fry up nicely with bubbles in the dough and everything. I’d decrease the amount of oil used for frying (I did mine in the iron skillet) since it gets a little splattery. Also, my frying time was about 10-15 seconds per side. So delicious! 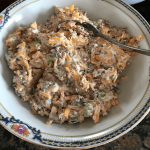 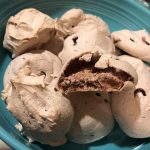