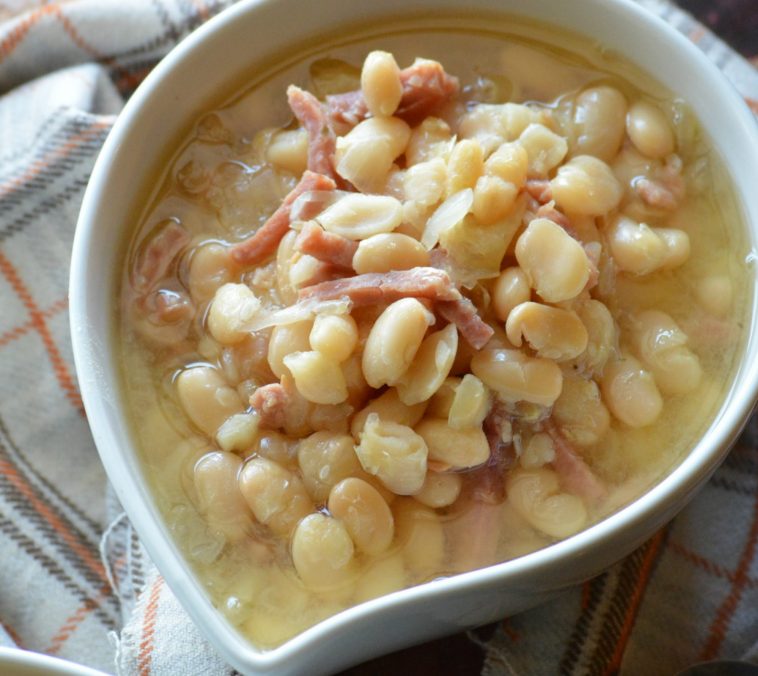 This Crockpot Ham & White Bean Soup is an easier, set it and forget it, variation of the classic. It’s super simple with a very short ingredient list. It makes it quite a delightful surprise when you first dig in and discover just how incredibly flavorful it is.

Do any of you other Moms & Dad’s make your kids cook? Because apparently that is listed under to ‘cruel and unusual punishment’ category on Friday nights.

Ya know, the weekly fend fo yo-self night. Son # 2 acts like it’s just unconscionable that his mother wouldn’t want to slave over the stove or toil away in the kitchen for him for one evening a week. Because apparently that’s my job. Ha!

So, fend for yourself night. Nothing new around these parts, but you’d never know it when listening to the complaining chorus.

Any who, it’s pretty simple make what you want, and leftovers are always divided evenly among the boys. Sometimes though, one son will decide that’s not sufficient, or maybe he’s just having a golden child moment, and decides he’s going make dinner for everyone.

While years ago that would have been boxed mac and cheese (because that’s where they were at), it’s now an actual meal … something say, like Mom would make

While I’ve always been adamant that my boys know there way around the kitchen and be self sufficient, I wasn’t satisfied with knowing how to follow the directions on a packet of pasta, or scramble a few eggs.

(Oh, and to make sure we all know/knew what we were doing we took it back to the stone age by deciding against owning a microwave)

Within the past few months or so though, they’ve caught onto a little piece of meal magic though. The CROCKPOT.

Turns out I’m not the only one who can throw a few ingredients in that sucker and have dinner ready in a few hours. 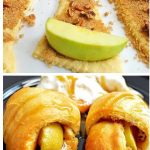 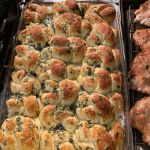