I was trying to replicate the Apple Fritters that the convenience store chain, QuikTrip, used to have. The ones they have now are just not the same.

This recipe came darn close with the couple of modifications I made. As suggested, I doubled the nutmeg and added 1 tea. Cinnamon.

I also increased the sugar to 1/3 cup. As suggested by another reviewer, I diced the apples and microwaved them for 4 minutes, then put them, liquid and all, into the batter and dropped the batter in 1/4 cupfuls into hot oil.

Instead of dusting with sugar when done, I made a glaze of 1 cup confectioner’s sugar, 1 Tbsp. light corn syrup and 2 Tbsp. water, and drizzled that over the fritters.

It dries to a sweet, slightly hard and crunchy glaze on the fritter. My husband says these are closer to the old QT fritters than what they have in the store now, but could be fried just a bit thinner and crispier.

Next time I’ll add one more apple and see if that doesn’t thin the cakey-ness down just a hair. Great recipe!

Pour oil into a deep skillet or Dutch oven to a depth of about 3 inches. Heat to 375 degrees. Sift flour, sugar, salt, and Apple Pie Spice into a large mixing bowl. Place eggs in a separate bowl and beat them lightly. Stir in milk and vanilla. Make a well in the center of the dry ingredients and pour in the milk mixture. Add butter and beat with a mixer on low speed to moisten, about ½ minute. S

crape down sides of bowl and increase speed to medium for 2 minutes longer. Fold in apples. Using a ¼ cup size measuring cup, drop into hot oil. Be careful not to splash the oil on yourself. If your pot is not very large at the top, you may be able to cook only one at a time.As the fritters cook, they will rise to the top. When browned on the first side, carefully turn them over with a spatula t

brown the second side. Drain on paper towels and sprinkle immediately, and generously, with confectioner sugar or glaze I prefer glaze.To make glaze confectioners sugar and milk or water whisk together and glaze while warm. 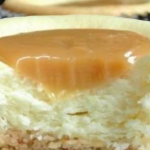 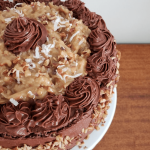