Note : 1 teaspoon of kosher salt can be used instead of the combination of salts. Water can be substituted for the buttermilk.

My absolute favorite thing to bake is pie crust. I’ve always had a love for pie, but making pie dough did not come easily for me.

I can remember several Thanksgiving and Christmas pie baking attempts that resulted in burnt edges, crusts slumped and shrunk in the pan, a broken food processor, a major burn on my arm, and last-minute runs to buy pre-made pie crust from the grocery store.

I never gave up, but after the first few meltdowns my neighbor Chris started stocking extra pre-made pie crusts in her freezer to give to me when mine turned into disaster.

I finally decided it was time to get over my pie crust issues and my mom and I took the Pies A Plenty class at Zingerman’s Bake! in Ann Arbor. This class taught me a lot about the science and technique behind pie dough and gave me the confidence to keep trying to make pie crust.

While I learned a lot from the class at Zingerman’s, the key to my success has been practice. Since last summer, I’ve made at least 100 pies and stuck to the same basic all butter pie crust recipe each time. I’ve taken the standard pie dough recipe that was given to me at the Zingerman’s class and made it my own. Using the same techniques and ratio of ingredients has allowed me to become familiar with the dough, learn its characteristics and tendencies, and troubleshoot when things get a little messy. I’ve gone from countless crust disasters to becoming a pie baker who is known for her great crust.

Pie crust can evoke fear in even the most experienced bakers and cooks. I’m here to tell you that it is time to get over that fear. Homemade pie crust is just too good and if you like to bake, it should be in your arsenal. I’ve made it my mission to learn about pie crust over the last year and now I want to share my pie dough knowledge and encourage people to make pie dough at home.

Once you start making pie crust from scratch, you will never go back to the store bought stuff. The homemade version has so much more flavor, better ingredients, and a more tender, flakier texture. I won’t lie and tell you that making pie crust is easy. It takes patience, practice, and confidence. But, once you give it a try, you’ll find it’s a fun challenge and your crust-making abilities improve with every single pie. 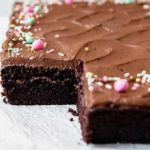 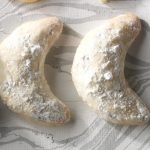